How I redesigned my website and increased conversion by 2.5x

If you build it they will not come. Gone are the days when a product gained traction just by publishing it. Today you need proper marketing to get users. I sucked at it.

As a product designer, I wanted to have my own product. A side project where I had all the creative freedom in the world. My goal was to learn everything that comes into building and promoting a simple app. To learn.

I found the problem space while playing a couple of video games at that time. Gaming companies offer free games, in exchange they have a marketplace where they sell in-game items.
It became a big thing, passionate gamers like to spend their virtual and real money on them.
Games like Fortnite, Apex, and Call of Duty offer new items daily.

The problem I wanted to solve with my app: Allow gamers that care about items to quickly check what’s available on that day.  While not at home or without starting the gaming console. For those that don’t know, it takes a while.

After some research I realized that there are websites, Instagram accounts, and other apps that offer this. They were all bloated and full of ads.
But I didn’t care, if there’s a market you can offer a simpler or better product right?!

Initially, I wanted to build an aggregator for multiple games.

Be the place to see at a glance the daily store cosmetics, items, and skins for Fortnite, Apex Legends, and Call of Duty. These were the hot games at that time.
Like any designer, I jumped immediately in defining a Logo and Landing page. Not ideal, but honestly if it gets the ball rolling it’s a great kickoff.

Here is the result

Side Note
Foyl came from the term “foil” as in aluminum foil or skin on top of something.
The Fyre festival scandal was all over the tech news at that time and it seemed a nice inside joke.

Next, my goal was to promote it in the gamers community. For all 3 games. I wanted to see if anyone would be interested and validate my idea.
If enough people sign up then it's worth building it.
‍

It became obvious that the product had a very wide audience. And most importantly the communities were hostile to each other. Gamers are passionate people.
This forced me to have a generic message in my Headline and messaging style.
Too tailor to different audiences: Fortnite for a younger user base and Apex/CoD is relatively more mature.

My conversion rate was at 12% on app invite signups.

I decided to focus only on one specific game. The message and marketing was clearer and targeted for a specific niche. It' was also easier to build the MVP.

Get your landing analysed for conversion for 5$.
Use 90%off promo code: XK1NVSWR

I ran a simple test with people not familiar with the product and website.

I used Maze (free) for it. Asked if any of my twitter followers have 3 min to spare.

My conversion rate reached 29% after all the changes. The traffic was not entirely organic as I ran some ads on Instagram. The customer intent was probably higher but still a decent increase.

Later, when the app was ready I replaced the call the action with “Get beta”.  Later again with  "Apple Store" and "Google Play" links. Like it is now.

Foyl app has a nice rating in the App Store. Especially considering I run ads on it to support the server and the Apple license costs.

It doesn’t make much but it’s on autopilot and as passive as it gets. There's a free API that updates the content.
If you’re curious download it here.

If you’re looking for a tool to build your website. Use Webflow.
It’s the best and has no constraints on design. Iterate for conversion.

Get your website analysed for conversion for 5$.
90%off promo code: XK1NVSWR

Here's an example for Resumey.‍‍

Awesome! We sent you an email confirmation
Oops! Something went wrong while submitting the form.

To learn from practical tips and case studies: join my community of founders

We're affiliated with some products we recommend to support us. We don't suggest ones we wouldn't use. 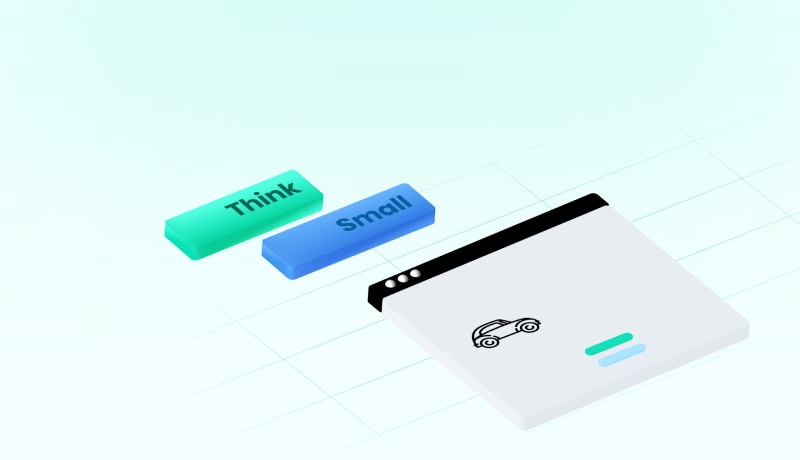 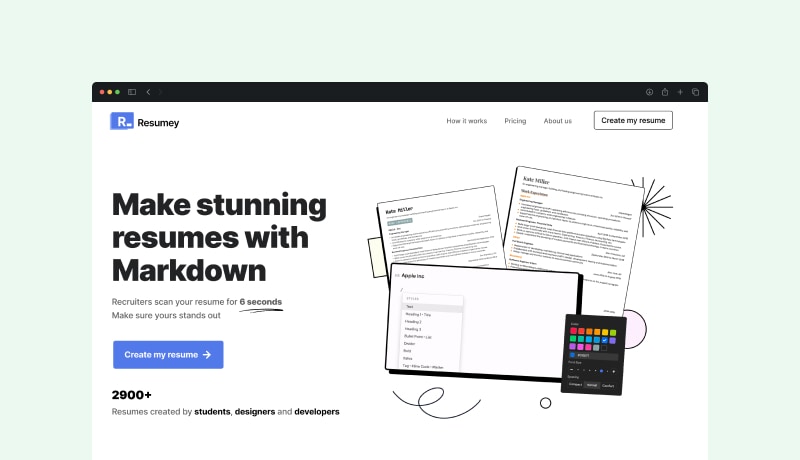 The landing page for an app that designs your resume in a simple way. With Markdown.

Get design, copy and development by an expert in conversion and UX

Fast delivery and no contracts